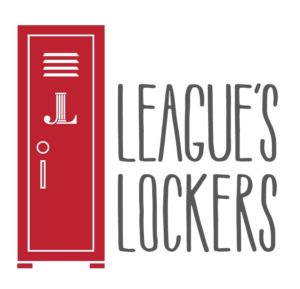 The Junior League of Waterloo-Cedar Falls is currently operating its League’s Lockers program at both Waterloo West and Waterloo East High Schools. League’s Lockers was created in 2016 and is an initiative providing students in need uniform items, school supplies and basic hygienic products. League’s Lockers was established thanks to grants from the Otto Schoitz Foundation and the Black Hawk Gaming Foundation as well as funds raised at the annual JLWCF Charity Ball and contributions from many Junior League Waterloo-Cedar Falls Active and Sustaining members.

Dan Payne, math teacher in the Performance Based Diplomacy Academy at Waterloo West High, states, “The school supplies donated through League’s Lockers will be shared with some of my students as the needs increase at the beginning of the new semester. This is something I would typically purchase personally, so this donation saves me from dipping into my family’s budget.”

Contact jlwcfcommunityimpact@gmail.com for information on how you can donate!

The Junior League of Waterloo-Cedar Falls, Iowa, Inc. is an organization of women committed to promoting voluntarism, developing the potential of women, and improving communities through the effective action and leadership of trained volunteers.  Its purpose is exclusively educational and charitable.

By continuing to use the site, you agree to the use of cookies. more information